skip to main | skip to sidebar

"Where's Julie?" is on Amazon.com! 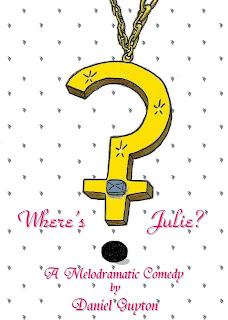 My play Where's Julie? has been published and is available on Amazon.com and Lulu.com. It's a melodramatic comedy about teenage pregnancy and abortion. It's very funny, and won the Kennedy Center/American College Theatre Festival New Play Award in 2001. Check it out here:

I also have two other books published and available through purchase here:

"The Twisted Mind of Daniel Guyton (Poetry and Plays in the Dark Comedy Vein)" (Lulu.com) -- http://www.lulu.com/content/paperback-book/the-twisted-mind-of-daniel-guyton-%28poetry-and-plays-in-the-dark-comedy-vein%29/7138612

Georgie Gets a Facelift 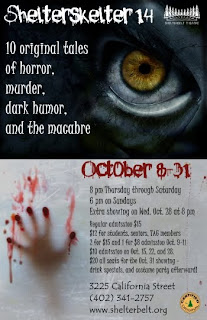 My play Georgie Gets a Facelift has been accepted by the Shelterskelter XIV Festival at the Shelterbelt Theatre in Omaha, Nebraska. It runs October 8th through the 31st. The festival features "10 Original Tales of Horror, Murder, Dark Comedy, and the Macabre."

Includes:
Posted by Daniel Guyton at 2:23 PM No comments: